Over 2% of the population have some degree of (BPD). Approximately a third of people with BPD are bisexual. Of the BPD population 8 to 10% commit suicide; this rate is more than 50 times the rate of suicide in the general population and ten times the rate of suicides due to depression.  This blog is an attempt to understand the nature of one of the traits, disinhibition, so that we can survive and even thrive with BPD.

As a society we seem to feel the need to label mental disorders so we can understand them and provide a platform for funding and treatment. In my case a suitable diagnosis was needed before I would qualify for long term disability. The danger of course is that we begin to become our labels which may interfere with the treatment we are attempting to obtain. However, labels can be useful if they give us a clear description of our traits so that we can create strategies to cope with them. I want to be perfectly clear. I no longer have BPD because I no longer have a disorder. I still have traits because they are part of my mental circuitry, but I now control them; they do not control me. I have gotten to this position through hard work, consistent self-analysis, and forcing changes upon my reluctant brain.

BPD is such a difficult mental condition to define as it covers a whole spectrum of negative and harmful thought and behavior patterns. Since the DSM5 has been published psychologists have been scrambling to put the traits listed in measurable terms to define a condition that seems to be too broad to define. However, it is generally acknowledged that detailed definition is needed before we can identify the specific patterns in order to make specific strategies to change them.

One of the difficult areas to define is disinhibition, particularly being able to plan and live according to the plan. Whiteside and Lynam[1]  developed the UPPS-P Model of Impulsive Personality consisting of negative urgency, lack of premeditation, lack of perseveration, sensation seeking, and (lack of) positive urgency. The UPPS-P consists of 59 statements rated on a 1 to 4 scale from “agree strongly” to “disagree strongly.” In their attempt to establish reliability and validity they noted that lack of premeditation and lack of perseverance showed similar effect sizes across alcohol/substance use disorders, suicidality, and borderline personality disorder. Further research using the UPPS-P has indicated that lack of perseverance and lack of premeditation are considered key components of disinhibition[2].

So what does this mean in practical terms? Let’s assume for a moment (highly unscientific) that we all have the mental capacity to plan; then the question is “Why are those of us with BPD having difficulty creating a better life plan and making better choices?” Speaking on a personal level, I have no difficulty making five year plans, one year plans, and following daily objectives when it comes to my professional and financial decision making. I even have a daily to-do list for organizing my daily routines. Where it tends to breakdown is on the highly emotional personal level. In the distant past, when my emotions entered the equation, I tended to panic, believing that the worst was about to happen (again) unless I took immediate actions to prevent the catastrophe which was about to hit me.

So how does this relate to bisexuality? In the past, my failsafe outlet for dealing with my anxieties was sexual release and the only powerful enough sexual release was to engage with a new person in same sex encounters. Now having same-sex sex in itself is not necessarily a dysfunctional activity, but the thinking (or lack of thinking) pattern that goes with it certainly can be. Healthy sex is meant to be a positive experience leading to pleasure and shared intimacy. We should emerge from the experience feeling uplifted and refreshed not feeling guilty and depressed. If our sexual experiences have negative results we then may go back to an even worse situation. We have compounded the problem leading to deeper levels of anxiety and feelings of helplessness that can lead to suicidal thoughts.

Now that I live in a much better space, I see the roots of those negative patterns. BPD engages the amygdala and the sympathetic system releasing fight, flee, freeze, or fond (new one meaning trying to appease others) mechanisms. For bisexuals who are trapped in a heterosexual life style with heterosexual partners, we may feel the need to flee our life circumstances for a few minutes totally detached from our “normal” patterns. The strategy now is not based on clear thinking or planning but slipping into escaping the immediate cause of our anxiety by running away from it or perhaps engaging in submissive behaviors.  Once the amygdala is engaged the rational self is shut down, hormones are in control, and things appear to have to ride to conclusion before returning to rational and productive thinking and behavior patterns. When we return to our “normal” patterns we return to the anxiety and now perhaps add guilt or shame. Continued failure to live up to our self-imposed impossible standards results in a feeling  that things will ever get better and sometimes the only solution may seem to be suicide.

My Five Suggestions for Borderliners:

1. Take your sexual patterns to a conscious level. Be in charge. Make a conscious decision on whether or not you may wish to engage in sex. If you feel the need to have a new sexual experience with a new partner, go ahead and enjoy, but do it consciously giving yourself permission to enjoy if fully.

3. Take control of your emotions. Recognize the feeling that lead to this urge leading to compulsive behavior.

4. Trace this back to the circumstances leading to these negative feeling of urgency. Concentrate of changing those circumstances. 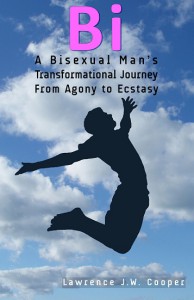